Hollywood: A Tale Of A Dozen Roses 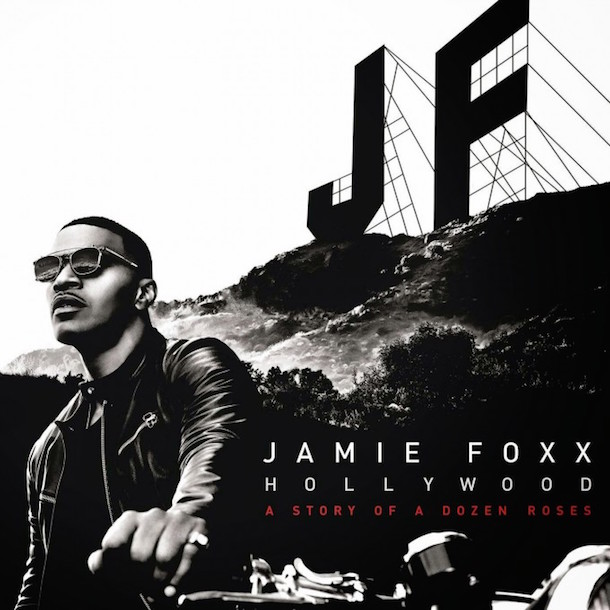 It’s another miserable day in England but I am feeling surprisingly happy regardless. Jamie Foxx has done it again with an album that has got me singing around the house whilst Antoine (my son) looks horrified. Despite the mixed reviews on his performance recently at the Mayweather VS Pacquiao fight, I think it is hard to doubt his musical ability when you hear his album. There are features with artists like Chris Brown, Wale, Pharrell and even Fabolous for all you R&B fans and for the people who love the Piano he has showed us why he is a master on the keys.

The first single that I heard from Jamie Foxx’s album, Hollywood: A Story of a Dozen Roses was ‘You Changed Me’ featuring Chris Brown. It was a complete gamble as I was on radio and didn’t even know the song; luckily Jamie Foxx is someone you can gamble on. The song which contains lyrics like ‘Use to be the kind of n**** never wanna settle down’ but ‘you changed me baby’, every girls dream. Well most girls have had that one guy that they wish they could’ve changed, I know I did and for the ones of you that manage to get that change, well done it’s not easy. The response to the song playing on the radio was crazy and I must admit I was dancing away in the studio, it wasn’t until I googled further information on the song that I realised that there was going to be a new album from Jamie Foxx and I went straight to pre-order the deluxe version on ITunes. As an added treat to Fans anyone that pre-ordered the album was able to download 2 of the album tracks which included ‘Like a Drum’ featuring Wale.

My next step as always was to wait for the album to drop and see what he had to offer and Jamie Foxx did not disappoint. The album is primarily R&B in my eyes, however, it is the power ballads that first made me fall in love with Jamie’s voice on his previous albums like ‘Unpredictable’ and ‘Best Night Of My Life’ to name a few and they still have me hooked on this one. I have wanted to resume playing the piano for a long time and when I listened to ‘In Love Right Now’ I was reminded why. I remember exactly where I was when I first heard this song but I can’t tell you that unfortunately. What I can tell you is Jamie Foxx himself has said that his daughter, Corinne said “That one right there is the one,” and I most definitely agree with her. The heartfelt song is about the fact he thinks he should be in love right now, walking down an aisle, changing her last name and having babies. I suppose that’s the story most people want, you grow up you travel, you get married and you have babies. That’s the traditional view anyway but not many people have that in this day and age and I think that song really gets that point across, because it’s what he’s ‘supposed’ to be not necessarily what is happening. I’m still in that boat and maybe that is why this song connects so well with me, luckily I have a beautiful son whom I love regardless and he makes me feel I am more than blessed (Goals).

On that note I would definitely recommend this album, there have been a lot of releases recently but this album has topped a lot of them in my eyes. The piano alone in some of the songs if you like melodies will make you feel like you are in another world. The lyrics are all very close to home for me and it feels like Jamie Foxx has been very personal and let us into a lot of his feelings. I for one believe in Love and it sounds like Jamie not only believes in it but wants to take that leap. Take that leap with him on this album guys and let me know what you think, I am sure you will not be disappointed.