We can be our own Sheroes 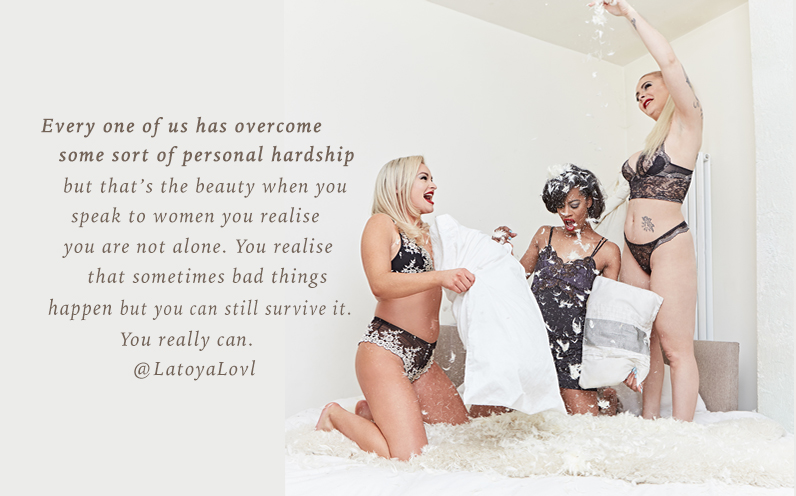 It has been a year since my grandmother died and a year since I wrote my poetry.
It’s funny how sometimes you cannot remember where you’ve put your keys, but bad memories play back over and over. I still remember it like it was yesterday. My mum messaged me in the morning to say that her and my dad were on their way to Reading as my grandmother was unwell. At the time I did not realise how unwell.
It wasn’t an easy day. It is a day I will remember for the tears.

I sat on the couch in my front room with a mermaid blanket, crisps and my laptop. I binge watched YouTube Maya Angelou videos. The one that really touched me was Love Liberates. It made me think about my grandmother and what she had taught me as a child. I thought about her story and all the things she had overcome moving to England – raising my dad and then being a grandmother.
I used to feel like the odd one out in my family but I realised people are always going to make mistakes. It’s repeating the mistakes that makes us fail, that made me fail – as a sibling, as a daughter, so I needed to learn and grow from those mistakes. I think when a person learns, they grow – not growing is almost to fail yourself and the people around you.
I realise a lot of the time we focus on problems, we focus on what is going wrong and we don’t look for the solutions. My brother’s girlfriend gave me some brilliant advice:
“Imagine everything that can go wrong because if you anticipate that, you’ll be prepared for anything. Plan for the worst so that you are prepared.”

So I thought about applying this formula to my life and the problems that I have previously encountered as a woman. I could also highlight some solutions that have worked for me and the women around me. How could I get that message across? Well, I wrote a series of poems, The Melanin Series. I wrote about the things I see on social media: whether our hair is straight or curly. I wrote about my depression and what caused me to be depressed (body image and self-perception). I was one of those girls who concentrated too much on appearance and I placed too much value on that. As we get older, our looks are going to fade, what will we have left? What are people going to say about us as people when we’re gone?
I applied this sense of self-realisation to what I was showing my son, Antoine. When he was younger he gave me one of his favourite playing cards from his favourite card game YuGiOh and it was a white woman with blonde hair and blue eyes. I sat there thinking for a while. I was wearing a blonde weave at the time, so I could see why he made the association, which was: Mummy looks like a white person. I didn’t want my son to think I was not proud of my heritage and I realised that actually I had a lot more image issues than I wanted to admit. At that point, it was clear to me that the reasons I was wearing a weave were the wrong reasons. It was because I thought I was more likely to be accepted by wearing it, so I decided to go natural. It was liberating and I haven’t looked back but I do still wear wigs or weaves occasionally however now for other more positive reasons – not to hide from who I am. I am proud of who I am. 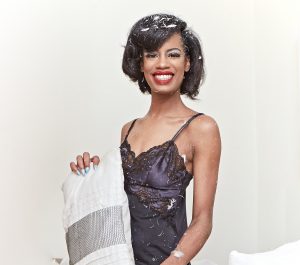 Black Panther has been taking the world by storm recently and there are some very positive messages in the film. One scene that I really took to heart was when King T’Challa goes to visit his father in the spirit realm. His father said something to him that really resonated with me. I cannot remember it exactly but it was based around the message that ‘if I haven’t prepared you for life, then I have failed you as a father’.
I believe that as a parent I am a facilitator to my son to help him be prepared for life. Antoine has a wild imagination like most children but I have seen a spark in him. At the age of nine he completed his first script. At some point as parents we may need help and as he embarks on this journey I realise he may need extra help. All the things that I am doing with my son are to show him anything is possible because too often I think we show the negatives. I aspire to be a good role model. Although I’m a mum, I have my own life. I still feel sexy, I still dress sexily when I want to, I still go out with my friends. I still have fun, but at the same time I realise that I am a mother, and that every decision I make now impacts on another person. Every move that I make now I think of my son; everything that I do now I think about what I am setting up as an example for my son. If something is not right for me, or if there is something I don’t think is normal and I don’t want my son to see, then I make a decision and remove myself. This has taken me thirty years to master and I still find it difficult to walk away at times – but ultimately, he is my family so it has to be right for both of us.

I feel like there has been a shift within the women I know, and I would not say it’s due to age because that varies. The standard that we are setting for ourselves is higher. Social media has shown us that there are millions of women out there and they are also running businesses. There is a real shift towards womanhood and sisterhood and recently I have even felt this impact on my relationship with my son. I have been around women who have made me challenge myself and it’s not the easiest but I like to think of myself as a work in progress. They really were being honest when they said what’s right for you may hurt and it does but then I still have those same women there supporting me.
On the day of these photos I had an amazing team of women who helped me and the other models overcome body issues. Every one of us has overcome some sort of personal hardship but that’s the beauty when you speak to people you realise you are not alone. You realise that sometimes bad things happen but you can still survive it. You really can.
My story almost ended a few years back because of how low I felt and it was my best friend, Hannah, who counselled me for days and looked after me as my mother was away. I realise now that I have learnt to coach myself through struggles but there are always friends there too that I can be honest with. That is why I wanted to do this shoot: for myself and for the girls who think they aren’t perfect. We are a few women from different walks of life who are embracing our sexuality and having fun.

So upon the anniversary of my grandmother’s passing, and to honour ‘International Women’s Day’, I will be celebrating the women who have made me better. I will reflect throughout the day on the women who have inspired me and the ones who keep me going in my personal life. You only have to look on any social media platform to see daily what women are accomplishing, and it makes me smile. I can show my son that there are still people out there through all the social media noise that are creating positive change and being activists for wrong doings: female and male.
The changes they make may be small at first but I hope that, while I am still here, a ripple effect occurs. There would be nothing more empowering for me, as a mother, as a woman, than seeing the smile on my son’s face when that happens.