How will you celebrate Barbados National Independence Day 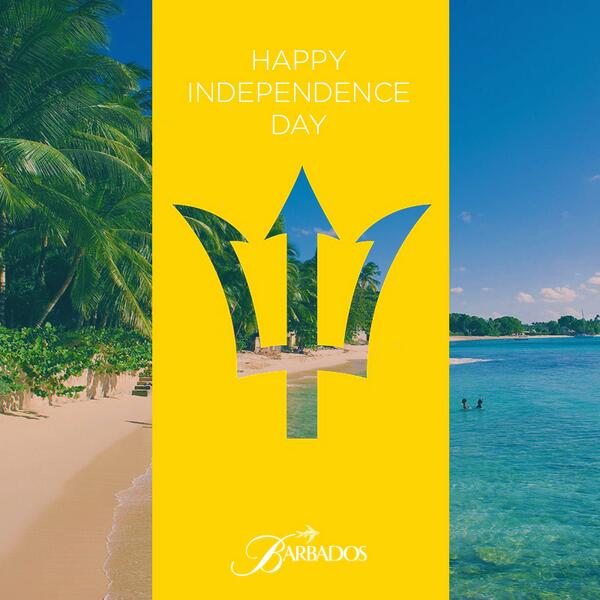 Rihanna, Cou Cou, Flying Fish and Cropover, if you’re a Bajan then this should have caught your attention straight away as these are just some of the things hailing from this beautiful Island. As Barbados 51st Independence approaches (the day where Barbados was released from British rule) I decided to educate and explain to my son about this beautiful Island. So we sat down and researched facts about the Island, which if you have never travelled to yet, add it to your list. If you are going to Barbados soon then there are foods to experience and I thought this would be helpful to share with you.

One thing my grandmother used to say is,

One of the traditional dishes in Barbados is Cou Cou and Flying Fish. Cou Cou is a dish made from Yellow Cornmeal and Okra. Now I must admit, I am not the biggest lover of Okra, I have always found it a little slimy but in Cou Cou you do not taste the Okra. That’s probably because I usually have it swimming in gravy with a load of Flying Fish. Flying fish is one of the national Symbols of Barbados and I must say there is nothing better when you are on the Island than eating fresh Flying Fish caught straight from the sea.

Flying Fish was given the name as the fish can jump out of the water and glide for 30- 50 metres. I will never forget when I was In Barbados in 2006 (my brother was getting married and all of our family and some friends were in Barbados at the time), we went Jet Skiing. When you go Jet Skiing you get a designated time and when it’s over you have to go back to shore. We all arrived back into the bay but one of my cousins was missing who had gone out too far alone. It was time to panic but one instructor made a funny face and said he would go and look for him, with another instructor. Around 20 minutes later my cousin was on the back of a Jet Ski waving as he was brought back to shore. He had been slapped in the face by a Gliding Flying Fish, which knocked him off his Jet Ski, (he had a lucky escape).

Side Note: when the instructors tell you not to go out too far make sure you listen.

When you are drinking in Barbados there is one drink that represents the whole island and that is Mount Gay Rum. First produced in 1703, the Rum has been around for over 300 years and is the oldest Rum in the world. It is produced using Molasses from Sugar Cane and Mount Gay have even built more sugar cane fields in Barbados to put up with the demand for the Rum. I mean if George Washington had it imported for his inauguration then it has to be good right?

If Barbados is a destination you haven’t been to yet you can still celebrate Barbados Independence Day. This Thursday I will be heading to Bird of Smithfield in Shoreditch where there is a ‘Meet The Maker’ event with Mount Gay Rum, where Mount Gay’s Brand Ambassador Miguel Smith will be educating us on all things Mount Gay (www.birdofsmithfield.com). Come and Join me I will be wearing the bright yellow dress. My homage to the Bajan flag (it’s Blue, Yellow and has a black trident) which you can see above. Otherwise I hope you find some way to celebrate Barbados National Independence Day.